Racing is brutal. It’s brutal on the car, it’s brutal on the equipment, and it’s brutal on you. But we love that brutality. It’s part of what attracts us to motorsports. We aim to push ourselves as far as we can as drivers, and we build the cars to be capable of being pushed to that limit. This is one of the reasons that race cars are built differently from street cars. The key to a proper race car is inherently found in the pieces that make it up, and of those pieces, one of the most critical is braking.

100 percent of racers surveyed by Hawk Performance in early 2020 said that braking performance was a top priority in their race car. Not a single racer disagreed. So, what does that mean? Well, there are a few parts that go into a braking setup, all of which are important components to the equation—the caliper, the rotor, the fluid, the cooling. However, the most crucial part of the brake system is unequivocally the material that generates the friction to slow the car: the brake pad. With so many brake pad compounds available to us today, the topic of our discussion arises. 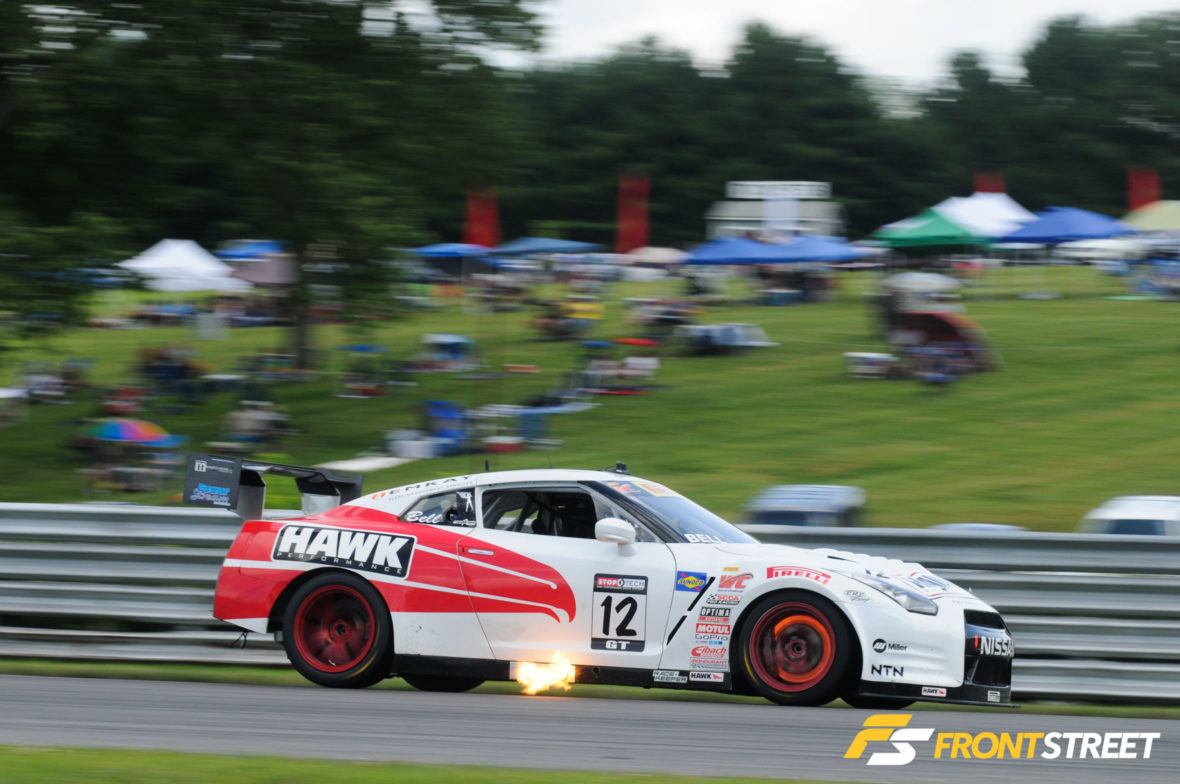 I’ll give you a hint; when it comes to friction, everything is temperature-dependent. But to understand why that is, we need to understand what the brake pad is doing, and what we desire from its performance.

How Do Brake Pads Work?

The answer to what initially sounds like a redundant question may surprise you. Contrary to popular belief, a brake pad does not work by squeezing itself against a rotor. In fact, the brake pad squeezes itself against itself. During the ever-so-important bed-in process of a brake pad, the brake pad material transfers onto the face of the rotor as it wears. And it continues to do so with every push of the brake pedal. This creates a layer of brake pad material on the rotor that then offers a proper surface for the brake pad to generate friction with. These two surfaces are then forced together by the brake caliper, creating friction as that pressure increases. This friction is measured in something called mu, often shown as µ. That friction slows the car and generates an immense amount of energy, which is released in the form of heat. So, as we brake harder, we create more energy, which generates more heat.

The tricky part is that the very friction material creating that heat is also directly affected by it. As we mentioned before, friction materials are extremely temperature-dependent, and the temperature that they are operating in not only affects the friction (or µ) they generate but also their behavior.

What Do We Want Out of a Racing Brake Pad?

Braking in the motorsports world has never been as simple as stopping the car in the shortest range possible. It’d be a lot easier if it was! Instead, braking performance is the culmination of a variety of characteristics. The best racing drivers in the world find the limit of both their cars and themselves. For these limits, there are other characteristics in the braking performance that are just as important as its actual stopping capability. In fact, in that same recent survey of American amateur and professional racers, they ranked modulation, longevity, and fade resistance as the three most important factors behind outright stopping power. 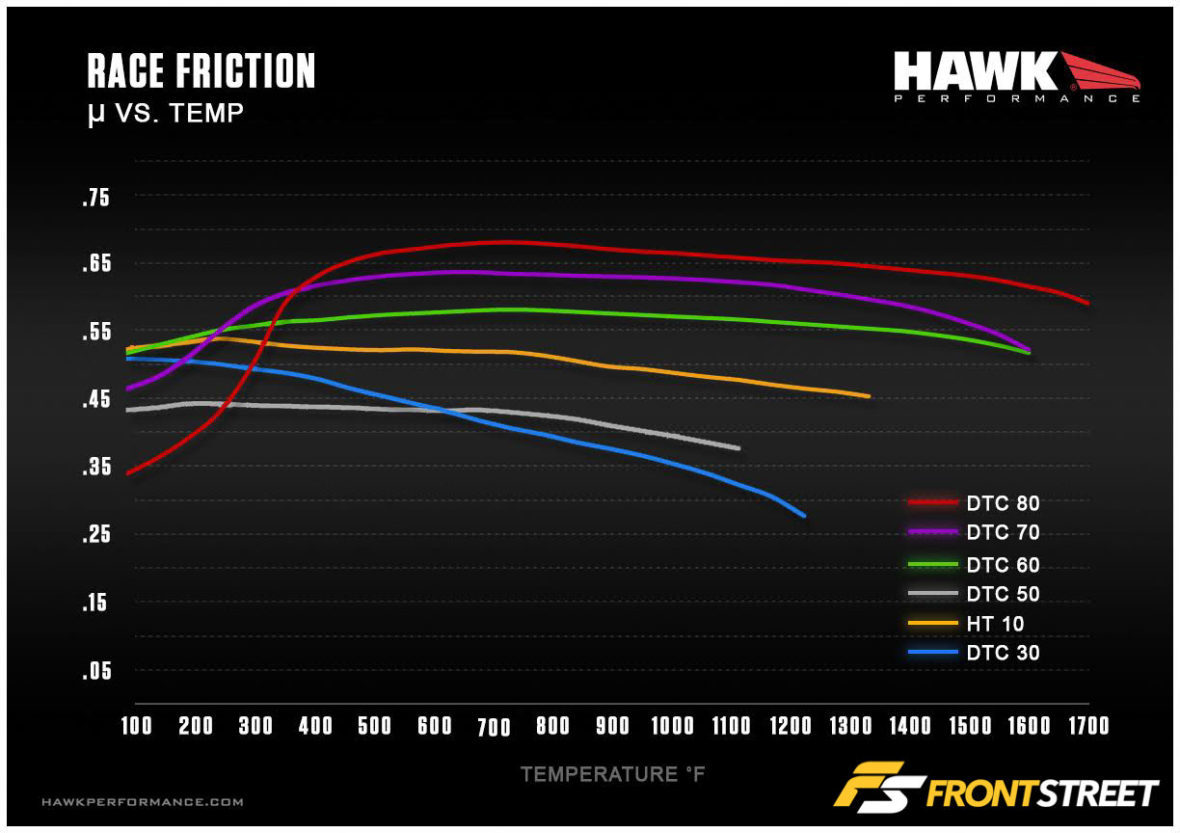 This one is kind of a given, admittedly. Obviously, the later that we can brake into the turn, the faster we can go. Generally speaking, the stopping power of a brake pad is how much µ it will be creating at the temperature range in which it will operate. For example, a Hawk Performance DTC-80 brake pad is capable of generating nearly .7µ—double that of even the best street materials on the market. Triple the friction of the brakes on your average daily driver. More so, it will continue to generate that amount of friction even as temperatures climb above 1,700 degrees Fahrenheit. Because this DTC-80 material is designed to live in such an abusive environment, it needs that environment to function correctly. The DTC-80 will be at home in a 1,000 horsepower hill climb car with Hoosier tires that start with the number 3 and aero that will stick it to the ceiling. But no matter how fast you drive your Miata, you’ll likely never get a DTC-80 brake pad into its optimal temperature range. As we can see from the friction graph shown above, it will create more friction than any other material, and it will do so at as low of a temperature as 500 degrees Fahrenheit.

“But, of course, I can get my Miata brakes to 500 degrees Fahrenheit, so why would a DTC-80 not be my best choice?” 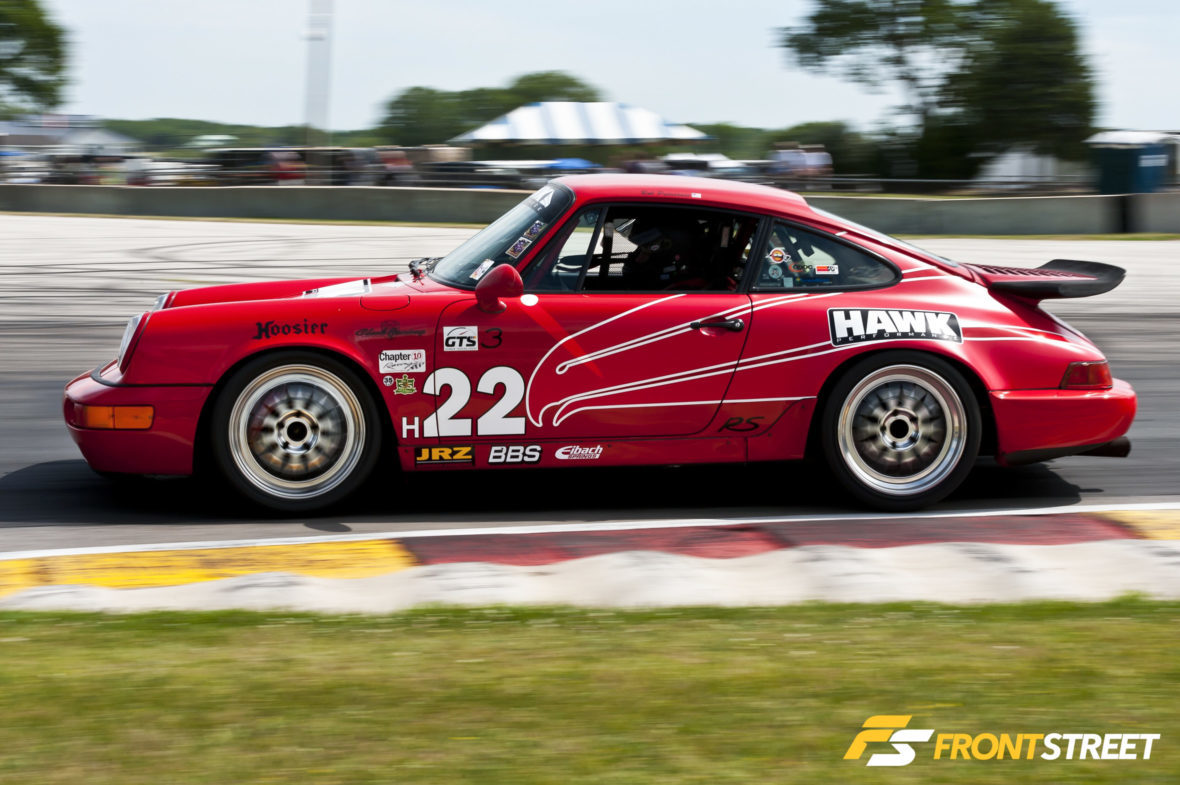 Continue reading John's awesome article to learn more about brake modulation, longevity, fade resistance and more - and how to choose the right brake pad compounds for your own vehicle - at www.frontstreet.media/2020/04/08/5-ways-temperature-helps-racing-experts-choose-the-right-brake-pad/

GET YOUR PARTS TODAY!

FIND A HAWK DEALER CLOSE TO YOU.